A New Investor’s Guide, Part I: How To Evaluate An App’s Product Potential

This year it’s hard to ignore that web investors are pouring increasing amounts of time and money into apps as opposed to websites and domains.

Buying and selling apps is still a relatively new concept (Apple only started allowing the resale of apps in 2013), so naturally, investors will face something of a learning curve in getting started.

Web investors cannot help but notice how much time and money users are funneling into apps, compared to other online assets like websites and domains.

The most common mistake web investors seem to be making is approaching mobile in the same manner they approach web. Even though mobile and web have some similarities, both platforms have their own unique characteristics in terms of user experience, mainly user behaviors, key product parameters, development styles, and marketing strategies. Even today’s most popular app stores, Google Play and Apple App Store, show different characteristics in many areas.

Therefore, when you are evaluating an app and wanting to maximize your investment, asking the correct questions is vital.

This is one of a two part series highlighting two of the most important aspects of evaluating an app investment opportunity: Product and Market Evaluation.

When deciding whether an app is worth investing in, the focus should be on the product itself and its key parameters. If a product has major problems initially (it doesn’t matter how big the market or the opportunities are) you will spend most of your time trying to fix the problem. In the worst case scenario you may not even be able to find the problem or its source. Researching your key parameters and understanding the product is key to preventing possible problems down the line.

Try to avoid focusing solely on revenue or the total number of users when deciding on an app investment. We should always look for a clear and concise verification of daily/weekly/monthly numbers and trends to understand how much potential the app actually has. The total number of any parameter does not provide enough insight for an app evaluation alone.

Before conducting an app evaluation be aware of platform differences. In general, Google Play apps tend to get more downloads; however, iOS apps make more money per user because of the app stores’ user profile and dynamics.

Another factor to keep in mind are the vast differences between game apps and non-game apps. Even though the lifespan of a game app is shorter, the potential to earn more money at a faster pace is greater than that of a non-gaming app.

It is critical to know how often someone is using the app. Did the user download but not use it more than once? If they visited the app subsequently, how frequent were their visits?DAU (Daily Active Users) /MAU (Monthly Active Users) ratio tells us how sticky an app is. 20% for a game app and 10% for a non-game app are considered to be a good DAU/MAU ratios. Additionally, for Google Play, an Uninstall Rate is also a very good indicator in understanding an app quality. 40% uninstall rate is considered to be normal. Basically, by examining these two parameters an investor can easily determine how popular an app is with its users.

In order to assess the quality of an app, the most important data to look at is 1-day, 7-day and 28- day retention rates. Retention rates allow us to see how many users return in the given days after having downloaded the app. No matter how many users download the app everyday, if they do not come back, there will be no sustainable growth and revenue. That is why retention is one of the most critical product parameters.Retention rate can easily change depending on an app’s category and its platform. Appsflyer’s recent report shows what the average retention rates are based on the app’s category and platform.

Since the retention rate is directly related to an app’s core value and design, trying to increase it takes time — in most cases, even longer than creating the app from scratch. That is why many successful game companies prefer to kill their game after a soft-launch if the game’s retention rate is below the industry average.

Revenue will always play a dominant role when evaluating an app. The most basic approach to valuate is to multiply a monthly revenue by 10-15 times. However, to gain a better understanding of the financial situation, app investors should also consider ARPMAU (Average Revenue Per Monthly Active User).Let’s compare two apps: the first one earned $1000 last month and on average has 5000 MAU. The second one earned $1000 last month with 2000 average MAU. Even though they make the same monthly revenue, the second app is more valuable than the first. Considering the ARPMAU of the first one is only $0.2, while the other one is $0.5.

LTV (lifetime value) is considered another strong parameter that big game/app developers look at to understand how healthy their financial growth is. However, I prefer to check ARPMAU on a smaller scale since measuring LTV is more complicated for many developers.If an app does not make any money, we can still evaluate by examining its engagement and retention numbers. If these parameters are strong, then there is opportunity to make revenue in the future. For example, apps that have not been monetized yet but have a promising engagement and retention rates can still be considered as good investment opportunities.

App Crash Rates are another important parameter to consider, as low retention and engagement could be a result of a high crash rate. Although crashes can be fixed (if you are a developer or have a developer on hand) they will cost the investor time and money. Therefore, a high crash rate affects the value negatively.

Apps that have already established a story are far more successful when the right investor steps in. Being featured by Apple or Google, having PR coverage, a website and/or an active social media presence are all advantages. For example, if an app has been featured on the App Store/Google Play a first time, it is likely to be featured again once a couple of updates are applied.On the other hand, apps that are younger than 6 months are generally riskier since there is not enough data to evaluate the above parameters. Apps that are reskinned and younger than 3 months are especially the riskiest.Lastly, take note of how many times the app in question has been sold before. If it has been re-listed by a previous owner or a new one, make sure you are aware as to why. Conduct your research, ask questions and think twice before considering it as an investment.

This is a guest blog post written by Osman F. Kucukerdem. To read more about App Marketing, ASO and App Store, you can find him on Twitter and Medium. He can also be reached at [email protected]. 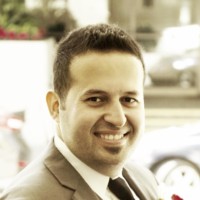