Blog » Buying » Case Study: How One Team Boosted Revenue by 4x with no Additional Traffic

Case Study: How One Team Boosted Revenue by 4x with no Additional Traffic

In the Summer of 2015, MonetizeMore purchased a polling site called MisterPoll.com, a website that enables users to create polls, share them and then provide the statistic results. At the time of purchase, MisterPoll.com was only running AdSense directly on-page, which MonetizeMore saw as a huge opportunity to increase MisterPoll.com’s ad revenues without even increasing traffic. MonetizeMore has been in the ad optimization industry since 2010 and has some of the best ad optimization tech and experts in the industry. In this case study, the team at MonetizeMore reveals just how we were able to take a site, and within one month, grow the site’s revenue by 4x.

The MonetizeMore team started by implementing the most widely used ad server in the world called DFP (Google owned). The implementation of the ad server enabled the team to run many revenue sources at once, include direct sales ads and incorporate complex ad optimization techniques. The first technique that was implemented was integrating Google Ad Exchange (AdX). Google Ad Exchange is the best performing demand source in the world. It is even more powerful when integrating in DFP using a technique called dynamic allocation. Since Google owns DFP and Ad Exchange, the two technologies are able to communicate with each other so that DFP always knows what AdX will pay for each impression. As a result, the publisher can be confident that AdX only serves when it is the highest paying demand source. This is a very important part of ad optimization and realizing a publishers’ ad revenue potential.

The last and most important step to ad optimization was implementing header bidding. Header bidding is a similar process to dynamic allocation for non-Google demand sources. Each header bid network makes a bid via an API, then the highest header bid will compete against Google and the managed demand sources. It is called header bidding because it is enabled via a header container technology which is implemented in the header of the page and the auction happens within the browser before the DFP auction. MonetizeMore has a header container called PubGuru.

Header bidding dramatically increases ad revenues and page RPMs for similar reasons that AdX implemented via dynamic allocation increases page RPM. The technology ensures that the highest bidder wins the ad impression. When you maximize the ad revenue for each ad impression rather than educated guesses via managed demand, you see some incredible increases in ad revenue. This boosted the MisterPoll.com revenues to 4x compared to the monthly revenues before the site was acquired. PubGuru header bidding not only increased the ad revenues but it also:

There is no doubt header bidding was the most important implementation on MisterPoll.com that contributed the most to the ad revenue increases and additional benefits. However, the previous 3 steps were integral to the success and also enabled header bidding. If you are considering to purchase a website on Flippa that monetizes via programmatic ads, it is in your best interest to follow the four steps that MonetizeMore followed.

You can complete the four steps on your own or outsource it to a company like MonetizeMore. If you decide to do it on your own, you can use the PubGuru SAAS solution to guide you through each step at your own pace. If you don’t have your own direct account with AdX, you would need to use a company partnered with Google (Like MonetizeMore) to offer AdX demand. If your site gets over 5MM page views per month, you can qualify for a free DFP implementation. If you get more than 20MM page views per month, you can qualify to become a premium publisher and MonetizeMore will handle all ad optimization for you so you can focus on the more important parts of your business.

Whether you decide to outsource your ad optimization or do it in-house, make sure to make a decision and stick to it. The worst thing you can do is ignore this low hanging fruit. Do not settle with just running AdSense. Otherwise, you are leaving a significant portion of revenues on the table, just like MisterPoll.com was. 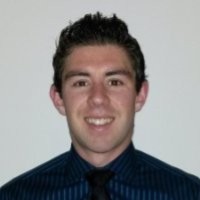 Kean is the Founder & CEO of MonetizeMore. He started MonetizeMore in 2010 with the goal to build a bootstrap business that would dramatically increase ad revenues for publishers.

Do Smaller Sites Have More Room To Grow?

Is it possible to buy your next job on Flippa?