Blog » Buying » Inside Story: $12,000 acquisition of TheBachelorBracket.com on Flippa

Inside Story: $12,000 acquisition of TheBachelorBracket.com on Flippa

Today we interview Army Airborne Ranger turned web entrepreneur, Dan Anton, who acquired the popular website TheBachelorBracket.com on Flippa for $12,000. You definitely want to catch this interview and pay attention as Dan provides critical insights into how he increased revenue on TheBachelorBracket by 115%, and what it takes to succeed in the world of digital real estate.

Tell us about your education and career in the military

I went to college to study business and computer science, but I always wanted to be a part of something bigger than myself. I was in my junior year of college during the 9/11 terrorist attacks and I made the decision right then and there to join the Army once I graduated. I attended Officer Candidate School (OCS) and had a wonderful 10 year career in the Army as an Airborne Ranger. Unfortunately, during my last deployment I suffered an injury that left me unable to remain in the infantry, and I was left with a tough choice as to what to do with my life.

How did you decide online entrepreneurship was the best fit?

I’ve always loved working on websites and creating things online. I developed my first website in 1995 at the age of 15. It was a very basic video game eCommerce site where I arbitraged video games from a local store and sold them online for a nice profit. Years later after my military career came to a close, I found myself gravitating towards solving problems with software. Specifically, I was fascinated with software that allowed businesses to market themselves online by way of Search Engine Optimization (SEO). To answer your question though, I’m a marketer by trade with a computer science mindset, so online entrepreneurship offered me the best opportunity to earn a living doing something I’m good at, and most importantly, something I enjoyed.

What brought you to Flippa?

I’m always on the hunt for business opportunities where I can maximize profits while minimizing owner responsibilities and time requirements. In my opinion, time is the most valuable currency we have: it buys you freedom to do what you want, when you want, with those whom you want. I also like to diversify my investment portfolio. Sometimes I purchase land and physical real estate, while on Flippa, I purchase digital real estate. Digital real estate can be just as profitable as traditional real estate, if not more profitable. Having used Flippa for going on four years, I can tell you that it is clearly the market leader in this space. If you look at other marketplaces they are nowhere near as good as Flippa in producing quality websites for sale.

Several months back you acquired TheBachelorBracket.com on Flippa, tell us about the site

The creator of the site did a great job being first to market with this concept and as a result it has gained a great deal of popularity, and many people now use the platform to compete against their friends for weekly bragging rights. Major media including ABC, USA Today, The Daily Beast, and NPR have all featured stories about the site, and numerous celebrities have tweeted about and endorsed it.

What made this business a great fit for you?

I prefer to acquire websites that have already been monetized, but are struggling to make it to “the next level.” In this case, The Bachelor Bracket was already making money and it had an established fan base with a large email list, but the owner no-longer had the passion or drive to manage the site and contribute resources to it. All of these factors contributed to my decision to bid, but the biggest factor for me was seeing how much potential there was to grow the business by leveraging my social media, PPC, and SEO skills. Of course, it also didn’t hurt that myself and my fiancé, Allison Burn, were already big fans of the TV shows the site was built around. After discussing the listing with Allison, and explaining the potential, she was equally excited about the opportunity and concept behind the site. We agreed that if we won the auction she would run the day to day operations and player interactions, and I would handle the marketing – which has worked out great.

What’s happened since the acquisition? Any big challenges? Any big achievements?

Admittedly, Allison has done most of the hard work with the site, being very active on social media and helping players with their leagues. Most of what I have done is on the marketing side and deals with driving traffic, user acquisition, and email list management. The biggest challenge we have faced, and the reason I think the creator ultimately decided to sell the site, is that the technology behind it is somewhat lacking. The site is a bit clunky in its interface and the scalability is just about at its threshold. Of course, I knew this was going to be a challenge going in, so I wasn’t really surprised and we are looking at ways to improve the platform.

As far as achievements, I was able to create Facebook Ads which drove extremely targeted leads to the site. Within only a few weeks we grew from around 60,000 players to over 125,000 players. And I didn’t have to spend a fortune to do this because of the viral effect of the ads. I’ve also done some SEO, which has given us a nice boost to organic search traffic. Financially, the site has exceeded our expectations. Google Adsense is our primary monetization method, and prior to our purchase of the site the best reported month for Adsense income was $1,946 in January, 2015. Once we took control of the site we worked hard to improve monetization and in January 2016 our efforts boosted AdSense revenue to $4,201 – a 115% increase on the site’s previous record month a year earlier.

What are your plans for TheBachelorBracket.com moving forward?

Though significant, our plans for the site are actually pretty straightforward and are laid out below:

1. Continue current monetization optimization via Adsense.
2. Rebuild the website with a new and simpler CMS which fans will absolutely love.
3. Continue to build awareness and engagement via Social Media.
4. Build Android and iOS Apps which are linked to the website.

Any advice for other web entrepreneurs looking buy websites on Flippa?

First and foremost, I would only consider listings where you feel your unique skill-set can be a significant value multiplier. Make sure you do your due diligence. One of the most insightful things you can do is to get Google Analytics access to analyze the site’s traffic stats. I always like to look at spikes in traffic or income just prior to the listing on Flippa. Oftentimes, this can be a red flag, so use your best judgement.

In addition to what is mentioned above, I always like to ask myself these 5 questions:

1. Why is this person selling the website?
2. What can I bring to the table to make this site better?
3. Is the site already making money, and if not, why is that the case?
4. Where is my break-even point if I decide to place a bid? (If this is longer than 15 months I typically will not even consider it because things change so quickly and are unpredictable in the online world).
5. Is this worth my time or could I better spend my time doing something else? 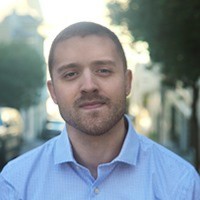 Based in San Francisco, Joseph is Flippa's Director of Websites.

Do Smaller Sites Have More Room To Grow?